“He is the cohesive force that unites all the threads that weave through the fabric of the universe. He is Love, void of all conditions”, reflected Ms Chethana Raju, one of the Founders and Managing Trustee of the Sri Sathya Sai Easwaramma Women’s Welfare Trust (SSSEWWT), as she spoke about Bhagwan Sri Sathya Sai Baba, on the occasion of Ladies Day, 2015. 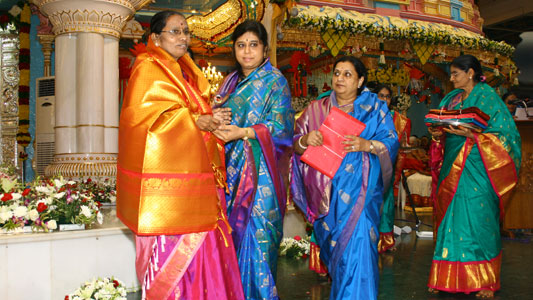 Initiated by Bhagwan, The 19th of November each year, is celebrated as ‘Ladies Day’ in Prashanti Nilayam. This year, however, was very special for the members of the Sri Sathya Sai Easwaramma Women’s Welfare Trust (SSSEWWT); for not only was it the 90th Year of Bhagawan’s advent but also marked a decade of the Trust’s existence. Thus, after the eloquent speakers and music programmes, the Trust celebrated the occasion by releasing it’s 10th Anniversary Report as also felicitating some of the doctors who have been offering their services at their medical camps for the past decade.

After the Traditional ceremonial procession, two of the Founding Trustees, Mrs. Mallika Srinivasan and Ms Chethana Raju, spoke to the August gathering. Both reflected on their perceptions and experiences with Bhagawan. The latter then presented the annual report of SSSEWWT activities and released the 10th Anniversary Report. 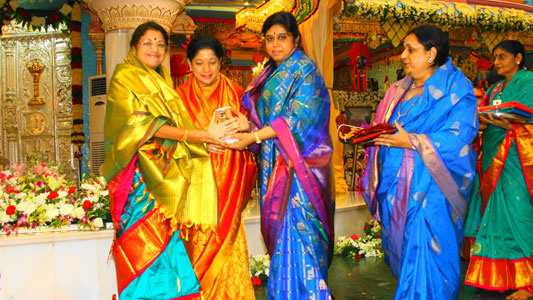 15 talented musicians then presented a melodious music programme that was very well received by the audience.

The Trust then Felicitated a total of 63 Doctors (46 Ladies and 17 Gents) for their selfless, dedicated services over the past decade. These were Obstetricians and Paediatricians, who have been attending the monthly Medical Camps organised by the Trust. Of these, 10 Obstetricians and 11 Paediatricians were selected by the Trust to be specially honoured. These included Dr. Kumari Menon, Dr. Leelavathi Koppikar, Dr. P. Lakshmidevi, Dr Veeraiah, Dr. Raghavachari and Dr. Subba Rao to name just a few.

‘Mangala Arathi’ to Bhagawan marked the culmination of this memorable evening. 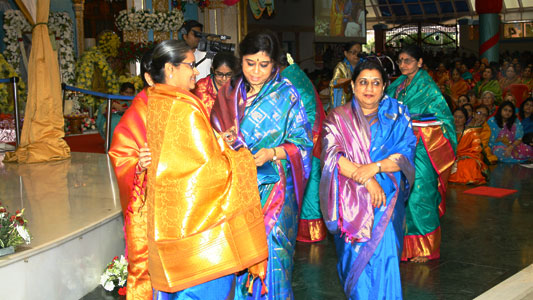 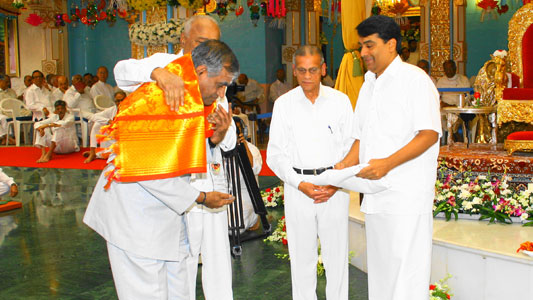